Awareness in all our geographies

We are frequently mentioned in international media, and invited to share our thoughts at well-regarded events across the globe. Our companies get extensive coverage.

The Straits Times asks VCs to round up key developments in 2016 and look ahead to 2017’s biggest trends.

It notes that while the sector has grown immensely, in both breadth and depth amid a maturing venture capital landscape and a rising number of companies displaying regional or global aspirations, it still needs to develop in deep-tech areas like robotics.

“Fintech has been significantly hyped up by the ecosystem. More attention will be put on fintech and on attracting foreign teams to set up in Singapore,” says Mr James Tan, managing partner of Quest Ventures, “There is a push for ‘deeper’ tech but I am not seeing interesting start-ups in areas such as robotics. We need to focus on the areas that are tackling real-life problems in this region, and not just Singapore.”

23 influential people in tech putting Singapore on the world map

Quest Ventures’ Managing Partner James Tan made the list of 23 “influential people” in the technology scene who are putting their marks on the world and making Singapore proud at the same time.

Quest Ventures has “invested heavily in many recognisable tech startups in Singapore, some you have already seen on this list (99.co, Carousell), as well as some others like Shopback, Carro…”

James “has steered Quest Ventures into becoming one of the leading VC firms in both China and Singapore, especially when investing in tech related startups.”

To do an MBA or not, that is the question

Quest Ventures’ Managing Partner James Tan was mentioned in this article on the value of an MBA. Dave McClure of 500 Startups was quoted, while Grab founders and public officials were highlighted.

“In the public sector, notable examples include Minister in the Prime Minister’s Office Chan Chun Sing, who was in the Massachusetts Institute of Technology’s 12-month Sloan Fellows programme, as well as Senior Minister of State for Defence Ong Ye Kung, who has an MBA from the Institute of Management Development in Lausanne, Switzerland.

Ms Grace Fu, the Minister for Culture, Community and Youth, has an MBA from NUS.

For those interested in joining start-ups or looking for a partner to start one, business school seems like a good place to begin.

Other examples include Grab founders Anthony Tan and Tan Hooi Ling, who met at Harvard Business School and came up with the idea that won them runner-up position in the school’s business plan contest, as well as Mr Roger Egan and Mr Vikram Rupani, who met at Insead and went on to start online grocery service RedMart.

It listed on Nasdaq last year, raising about US$37.3 million. Mr Tan hit on his winning idea when he went to Tsinghua University in Beijing for a two-year MBA in 2008 and met his four co-founders.”

As JFDI pivots to corporate sector, does the start-up scene need to do the same?

Quest Ventures’ Managing Partner James Tan was interviewed for his opinion on the recent closure of the Joyful Frog Digital Incubator’s (JFDI) accelerator programme, one of the earliest accelerators in Southeast Asia.

James said that “accelerators provide a ‘soft landing ground’ for start-up founders, and those who fail to build their own start-up would have gained experience for their next venture” and that “through SG-Innovate, there will be more accelerators tackling different verticals.” 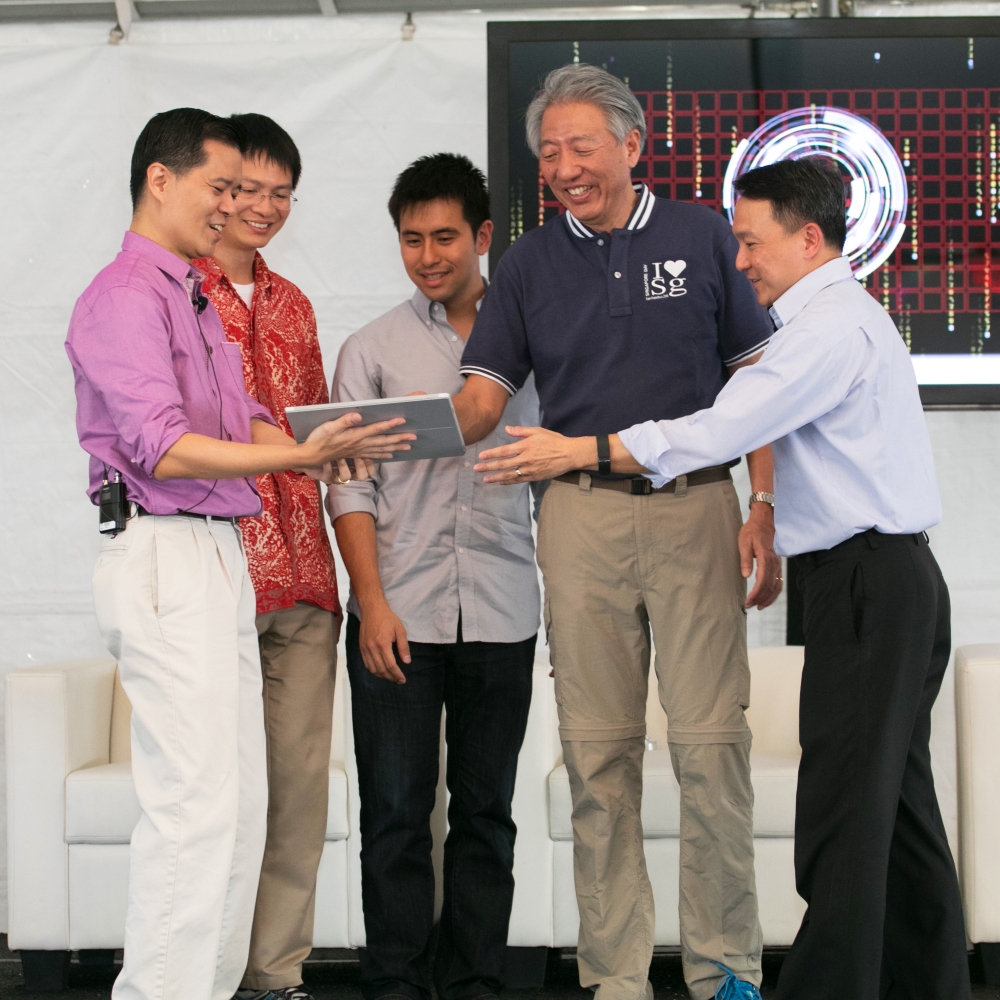 In conjunction with Singapore Day in San Francisco, California on 24 Sep 2016, the ACE Silicon Valley Chapter was launched by Singapore Deputy Prime Minister and Coordinating Minister for National Security, Mr Teo Chee Hean. With this initiative, ACE will be partnering with the Bay Area Tech Singaporeans (BATS) to help Singaporean tech start-ups tap on in-market expertise and networks in the US so as to provide access to the US market with greater ease.

As Deputy Chairman of ACE and responsible for driving internationalisation, Quest Ventures’ managing partner James Tan, with the chairpersons of BATS and SingaporeConnect, launched the chapter together with DPM Teo.

Back to School – Views from Alibaba’s Jack Ma, Quest Ventures’ James Tan and others on Asia’s appetite for education

As students head back to school after the summer break, CNBC Asia interviewed entrepreneurs and investors for their views on education.

Alibaba’s Jack Ma described the education landscape in China and what he wanted to do for education in the rural areas.  He was followed by James Tan, managing partner at Quest Ventures. James described the EdTech landscape in Southeast Asia, the scale of the difference in investments between China and the US, and the opportunity to use technology to level the playing field for students in frontier markets who may not have access to good local education resources.

Watch Over Me has been acquired by Carousell. As the first investor in both companies, Quest Ventures was actively involved in the exit and is delighted with the possibilities that this acquisition brings for both companies.

“Less than a month after raising $35 million in new financing, social commerce and classifieds startup Carousell has made its first acquisition. The Singapore-based company has picked up most of the team from Watch Over Me, a safety app for principally for women that is based in Malaysia, in an acquihire deal that beefs up its engineering chops.”

Quest Ventures managing partner James Tan joins Vishal Harnal of 500 Startups, Arthur Brejon of Lazada Singapore, Rob Finlay of DBS Fintech incubator and Nicolas Chaussin of Aviva on the final day of the 2016 Startup Weekend Singapore to be part of the judging panel. 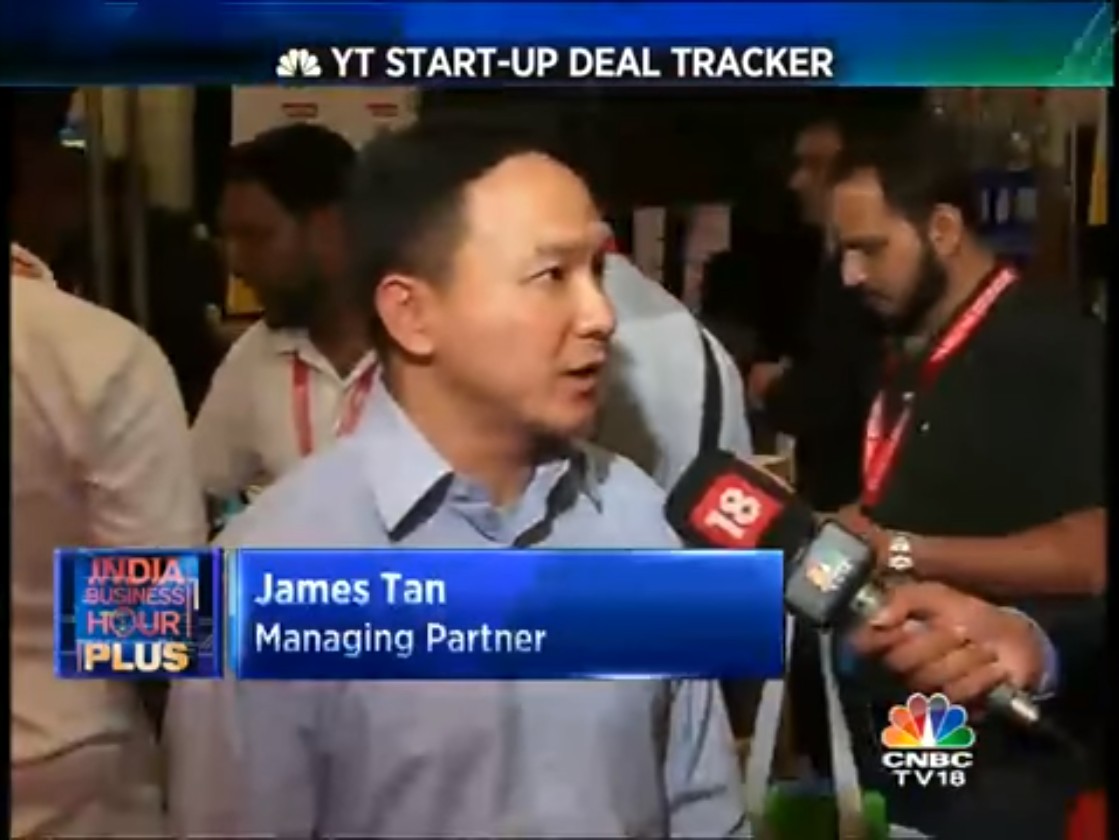 Entrepreneurs should raise capital when it is available and not when it is required. “You want the confidence that you can run your business for the next 12 months at least. You’d be able to give that confidence to your employees… Make sure that you run the business frugally, have enough cash for the next 12 to 18 months, don’t wait till the last minute to raise the next round, in fact if the times are good and even if you have money, go and raise the next round”, says Kris Gopalakrishnan, Co-founder & former CEO of Infosys, and now Partner at Axilor Ventures.

Sneha Banerjee, Senior Correspondent at Entrepreneur India, interviews James Tan for a feature in one of India’s most well-read magazines.

“On the qualities the firm looks for in an entrepreneur, James said that he doesn’t particularly check whether an entrepreneur is a product or a business person because ultimately every founder has to have a team. “No one is an all-rounder. Even Jack Ma has a team behind him. We want to see whether the team members of a startup compliment each other and there must be a little bit of “healthy” competition between so that they drive each other along”, he added.“

The Straits Times interviewed two venture capitalists in China, GGV‘s Jenny Lee based in Shanghai and Quest Ventures’ James Tan based in Beijing, for their thoughts on the funding landscape in China, and the opportunities and risks that are present in this gold rush.

“According to research firm Preqin, private investors had poured around US$26.2 billion (S$35 billion) into 796 Chinese tech firms as of the middle of this month.

His startup survived 5,000 rivals in China to list on Nasdaq. Here’s what he learned.

Managing partner James Tan was interviewed by Tech in Asia on execution and going public.

James was the first Singaporean founder in the C-suite to list a Chinese tech company on NASDAQ. This came after several hurdles were crossed, including new Chinese regulations on ownership that affected all foreign-listed entities (eg, Baidu).

Cafebond, a new e-commerce startup aims to bring the liveliness of the Australian coffee culture to specialty coffee lovers in Singapore. Their website started taking orders on June 1, and the startup already has plans to penetrate coffee markets in China, Taiwan, and Hong Kong with the backing of Chinese investment giant Quest Ventures. 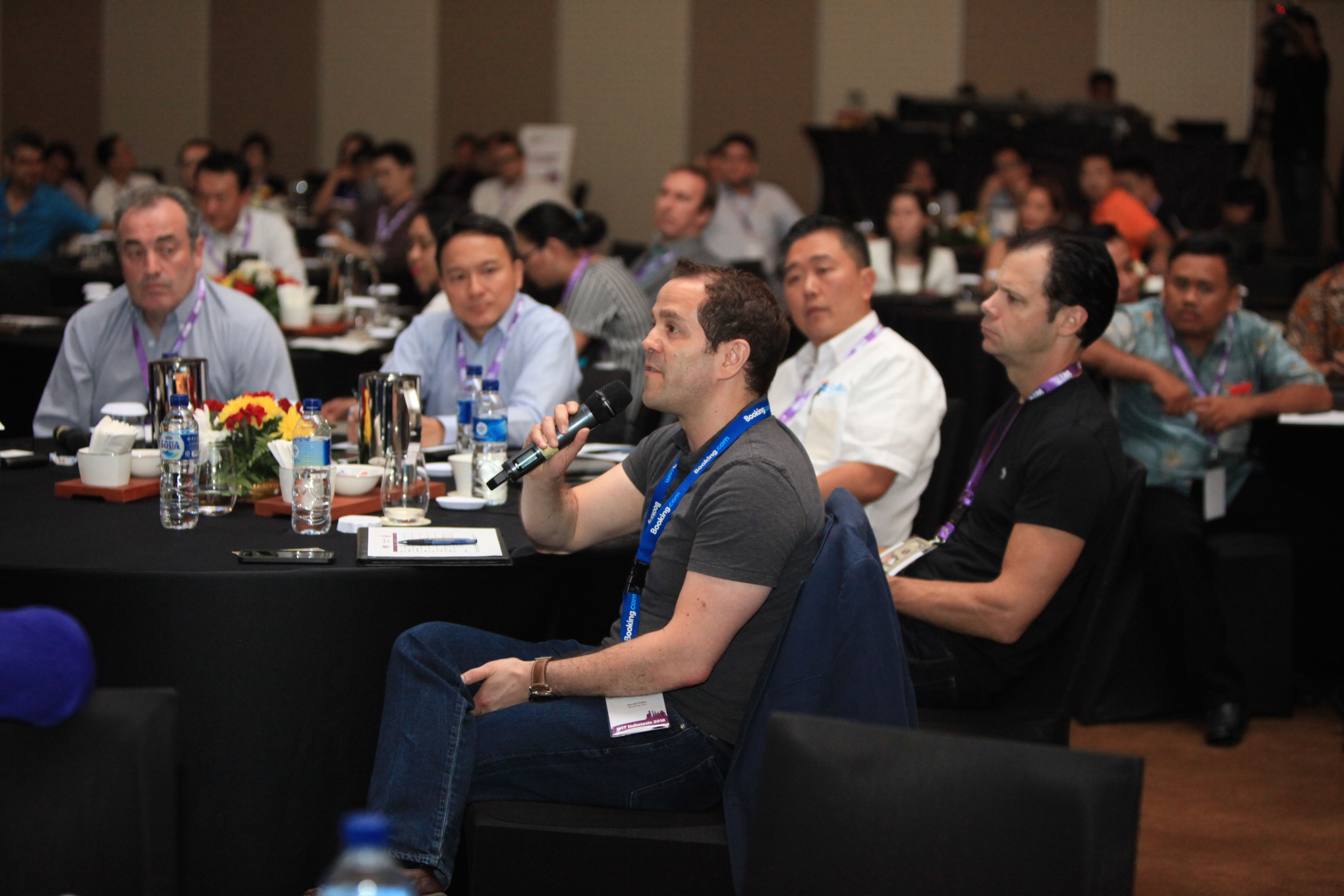 Quest for the Best

In this cover story, Quest Ventures Managing Partner, James Tan, tells The Edge Markets what he looks for in startups, why he enjoys kopitiam sessions and why he thinks you should drop out of school if you need to.

“Although small, it has an impressive track record… When selecting start-ups to invest in, Tan says he looks first for ideas that are both scalable and replicable. “We try to differentiate between scale and replication,” he says. “If you go from a $1 million business in Kuala Lumpur to a $10 million business, that’s scale. But to move from KL to Penang, and from Penang to Bangkok, that’s replication. That’s not scaling.”

Quest Ventures-backed SGAG joins Tech In Asia Ask Me Anything (AMA) session. Today SGAG’s content is consumed by over 3 million people weekly across our 6 content distribution platforms with the mission to make every Singaporean’s day a better one. Ask them anything!

Quest Ventures-backed Cafebond named “Most Decorated Booth” at Tech In Asia Singapore 2016, out of 200 aspiring startup booths that exhibited at the Boothstrap Alley.

A Singaporean acquisition story you have never heard

Before Block 71, before heavy government support, AllDealsAsia was paving the way for startups in Singapore; and now it has been acquired. Co-founder Goh Yiping is a venture partner at Quest Ventures.

Spiking allows investors to make better sense of spikes in stock prices by sending instant information to their phones on trades made by company directors and substantial shareholders.

China has always been on the radar scopes of many in the startup industry. Tech In Asia puts together a panel of experts to answer any questions you have about the ecosystem in China. This Online Panel lineup features: James Tan, Managing Partner of Quest Ventures, Rui Ma, and Junde Yu.

Quest Ventures’ analyst joins Asia Beat 2016 as a judge at its startup battle. Asia Beat 2016 gathered over 3000 participants, around hundred Asian startup projects and representatives of numerous investment firms from China and around the world.