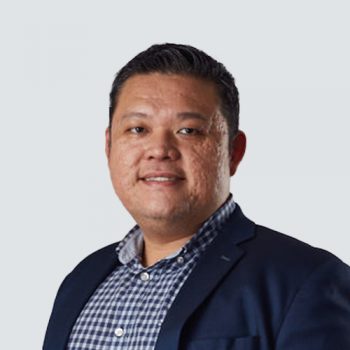 Russ Neu is a Venture Partner for Impact Initiatives at Quest Ventures, a top venture capital fund in Asia. He works closely with startups to accelerate their growth through a combination of incubation services and programmes.

Russ is also the Founder and CEO of Social Collider, a joint project with JTC and Quest Ventures, that is building a collaborative, co-working, and co-innovation community for impact organisations in Singapore. In 2018, Russ published ‘It Made A Difference To This One’, a book about an NGO that has helped more than 20,000 children impacted by AIDS in China.

As the global lead for diversity and inclusion at Flex (formerly Flextronics), Russ initiated the diversity and inclusion strategy at Flex where he increased the hiring of persons with disabilities from five to 250 in Zhuhai, China. Through pioneering service learning projects as part of staff development, Russ also led Flex staff to build schools in Nepal and Laos. It is estimated that 4,000 villagers and school children were directly impacted through the buildings and another 2,000 more were indirectly impacted through book donations and teacher trainings.

Prior to Flex, Russ was with the Ministry of Education in Singapore, where he was seconded to Laos as part of a Singapore International Foundation program to improve access to education for senior public officials. He also initiated the Laos-Singapore Charity Run in Vientiane.

Russ is a graduate of the National University of Singapore, and was a Korea Development Bank scholarship recipient for his MBA from Tsinghua University in partnership with MIT. For leisure, Russ enjoys reading and writing. His travel notes have been published in The Straits Times and other publications, while his chronicles of Laos were published in a well-received book.