Laos is located in the centre of the Indochina region and is surrounded by China, Myanmmar, Vietnam, Cambodia and Thailand. While foreign attention has traditionally been focused on its more well-known neighbours, the country is gradually coming into the limelight with recent economic developments.

In December 2022, Quest was privileged to be part of a Singapore delegation that travelled to Laos as part of the Asian Exposure Programme, which was organised by Social Collider in collaboration with the National Youth Council, a public agency of Singapore.

Some of the highlights of the trip include conversations with Laotian senior officials and business owners, a visit to a local school and various places of interest, as well as being hosted by the Singapore Ambassador to Laos in the embassy itself. This article hopes to explore some of the insights about Laos that was gained from the trip.

From Land-locked to Land-linked

One of the key challenges faced by Laos is its geographical limitations. As a country that is completely land-locked, it cannot directly participate in international maritime trade. In order to connect beyond its immediate region, the country has to use the Vung Ang Port in Vietnam’s central province of Ha Tinh to gain access to sea trade routes. The lack of connectivity naturally raises the costs of exporting and importing goods, and this was evident in the relatively expensive prices of foreign-imported goods sold in shops when Quest visited.

Its internal geography poses additional limitations too. Its landscape is dominated by inhospitable forest-covered mountains and this means that transportation within the country is often inefficient and expensive. One segment of the trip involved a journey by car from Vientiane, the country’s capital, to the northern city of Luang Prabang. It took an entire day to complete the journey that only spanned a distance of less than 400km.

Various infrastructure projects in recent years, however, are changing the logistics landscape in Laos. Most notably, the US$6 billion China-Laos Railway began operations on 3rd December 2021, connecting Kunming, the capital of China’s Yunnan, with Vientiane. The segment of the railway in Laos ends in the town of Boten on the Laos-China border, and reduces travel time from 15 hours by car to 3 hours. Within the first five months of its opening, more than 2.7 million passengers and 2.9 million metric tons of cargo had been transported, and this included cargo bound for regional destinations such as Thailand, Myanmar, Laos, Malaysia, Cambodia, and Singapore.

Improvements in infrastructure can help Laos to leverage on its central location to become a regional logistics hub. This is especially advantageous as its neighbours are fast-growing economies. For example, Vietnam, its neighbour to the East, recorded a remarkable GDP growth of 8.02% in 2022 according to a Bloomberg report, the highest in Asia. There is already a proposed railway route that, once completed, would connect the port city of Vung Ang in Vietnam with Vientiane. An extensive modern transportation network, both internally and externally, can help to cement Laos’ position as a regional logistics hub.

During the Laotian Civil War (1953–1975), which was fought between the Communist Pathet Lao and the Royal Lao Government, the country was subject to a series of military interventions carried by the US as part of its Cold War counterinsurgency operations in Southeast Asia. As a result, more than 270 million cluster bombs were dropped in Laos and many of them failed to explode. Till today, there are new civilian casualties every year who are harmed by these unexploded ordnances, many of whom are innocent villagers who accidentally struck them while working in the fields.

The resilience and strong community spirit of the Laotian people were evident in Quest’s visit to COPE, a local non-profit organisation that provides prosthetic and orthotic devices, as well as related rehabilitation services. A third of the organisation’s prosthetic patients are survivors of accidents caused by the unexploded ordnances and COPE uses Polypropylene, a highly durable but low cost material, to construct its devices so that it is able to keep its services free-of-charge.

The greatest asset of the country is arguably its people, and it was especially heartening to meet the Laotian youth in a visit to Pathana School, which covers education from kindergarten to high school. The student leaders were enthusiastic in showing the delegation around the school and showcasing a traditional dance, and they spoke good English as well. With more than 30% of the Laotian population consisting of those aged under 15 years, there is a sufficient young population to support the workforce in the future.

From conversations the delegation had with people living in Laos, it seemed that Education is a burgeoning sector in Laos as parents recognise the importance of investing in their children’s education in order to give them a competitive edge in the future. Several of the schools were also reported to have adopted the syllabus of Singapore’s schools, and this presents a potential opportunity for businesses in the education field to venture into Laos.

One of the recurring observations made by Russ Neu, the leader of the Singapore delegation who was based in Laos for a period of time about fifteen years ago, was the vast change in the country’s appearance. The banks of the Mekong river in Vientiane, which were once tranquil and undisturbed, are now scattered liberally with stalls hawking souvenirs and apparel. The former dirt streets are also now paved and populated with cafes, bars and restaurants that serve up international cuisine.

Endowed with stunning natural landscapes that lend themselves to activities such as kayaking, cycling, zip lining and trekking, Laos also has the potential to become a choice destination for adventure tourism. The boom in tourism offers a huge benefit to the country. Hotels, restaurants and attractions enjoy an increase in footfall, and the expanding tourism industry offers employment opportunities for locals too. With China relaxing its travel restrictions and reopening its borders in 2023, it is likely that Laos will enjoy an influx of Chinese tourists due to its close proximity with China, and especially now that the China-Laos Railway is in operation.

The concern is that the rapid development of the country, coupled with the desire to cater to the tastes of international tourists, could erode Laos’ culture uniqueness and its reputation as an escape from the hustle and bustle of urban life. This underscores the need for sustainable tourism, where socio-economic benefits trickle down to local communities and cultural heritage is preserved, thereby maintaining authentic tourist experiences. Startups in the travel industry which have an ESG focus may find it beneficial to explore opportunities in Laos, instead of only the usual suspects like Thailand or Vietnam. As a matter of fact, some of the members of the Singaporean delegation were from a social startup that seeks to uncover hidden gems within local communities. They were in Laos to recce for potential partners and interesting experiences to add to their online publication Depths Magazine.

While Laos may once have been a lesser-known economy in Asia, this is set to change with its potential as a tourist destination coupled with recent efforts to improve its infrastructure, both within the country and with other countries. It is certainly not a place to look past for investors who are interested in the Indochina region. 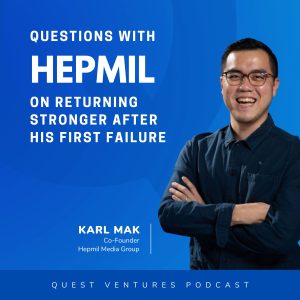 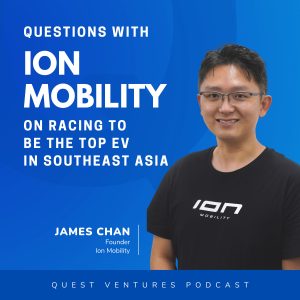