Kazakhstan’s range of natural resources attract investments globally. While we focus on venture capital investments into Kazakhstan technologies, we observe many traditional industries increasingly infused with smart capital to tap into global demands. The macro trends are clear.

We are privileged to have the Hon. Andrew Fernyhough, Kazakhstan’s Honorary Consul to Australia, share his personal journey and the opportunities he sees in Kazakhstan.

The biting wind swirls through the vast swathes of mountain pasture, but the black specks of life dotted across the fields of snow are hardly perturbed. They keep grazing, with an occasional moo here and chomp on grass there. It’s no wonder they are wandering blithely, as the Angus stud cattle are insulated with fat all over, the kind that produces high-grade marbling for the world’s tastiest steaks. They are truly a cut above.

Mention Angus stud beef, and you think of cattle farms in Australia or North America. But here I am in Central Asia, standing before a massive, modern operation that can rival almost anything in Australia. I’m 3,000m above sea level at Ranch Aktasty in Kazakhstan, 300km east of the country’s largest city, Almaty, and only 65km from the world’s biggest consumer market over the west Chinese border. It is one of three cattle facilities set up by meat company Kazmyaso, and together they total 20,000ha of land, with a 3,000-strong breeding herd.

It all started in 2013 as a pilot. With all genetics originating from Australia, the most recent delivery of 1,500 premium breeding cattle was flown over in 2019, more than 10,000km from Australia to the Land of the Great Steppe, an oft-used moniker for the former Soviet Republic due to its boundless flat grassland.

Today, the US$15 million project is one of the largest of its type in Kazakhstan, and is only possible through the marriage of Australian expertise and Kazakh resources and talent. The business, which has incorporated advanced techniques in growing, fattening and slaughtering cattle, is now almost totally run by local management. With a fully integrated supply chain from breeding through to processing, it is well-equipped to supply top-quality meat to the best restaurants and hotels in the country.

The goal is for Kazakh-bred angus beef to be seared in the finest kitchens worldwide as the country aims to be among the top 5 beef exporters in the world by volume. It currently resides outside the top 10 rankings, while Australia is second behind Brazil in terms of tonnage but is No.1 when it comes to value. With 222 million ha of agricultural land in Kazakhstan, and much of it untapped, such a goal is certainly attainable. There’s a whole frontier to be explored.

Kazakhstan has much to offer the world, but to do so it must first overcome geography as it is landlocked and shipping routes are limited. Yet its ideal location in the heart of the world, adjacent to China, Russia and the Middle East, means the nation simply cannot be missed, especially with the abundance of opportunities it provides.

This is where Australia, an established meat exporter, comes in as a natural partner, especially as the two countries share comparable land sizes, population and a rich agricultural heritage. The Aussie export machinery is a well-oiled one, bringing produce from farm and forest far out to the seas. For example, logistics companies specialising in export supply chains will find plenty of fertile ground in Kazakhstan.

Such collaboration to unlock Kazakhstan as a viable and attractive food provider to the world is especially vital in the midst of the Covid-19 pandemic. Global supply chains are being paralysed. Many countries used to take their imports for granted, but such complacency has been wiped out as the vulnerability of international trade has been exposed. Economies are now on the lookout for alternative food sources to diversify their supply, and with its resources, Kazakhstan should be top of mind for such nations. It can be a farm for the world’s highest-demand markets.

The country is already Australia’s leading trading partner in Central Asia, with many joint activities in the oil, gas and mining sectors. These sectors contribute to more than a third of Kazakhstan’s export earnings. While the relationship between corporate Australia and Kazakhstan is still relatively immature, the opportunity has been realised by some of Australia’s best-known names, with established links in Kazakhstan, among them engineering giants WorleyParsons and SMEC, and mining titans Rio Tinto, Fortescue Metals and Iluka Resources.

Other ripening fields include other food-related industries like large-scale meat processing and irrigation. For example, Melbourne-based Rubicon Water is in Kazakhstan trialling its word-class irrigation systems, the likes of which have been adopted in places like the USA, China and India.

Yet for all of its natural endowments, international audiences often overlook the most precious commodity in the Kazakh playbook: A young, vibrant and well-educated population.

Many Australians already know this well. Since 2007, the Kazakh government’s Bolashak International Scholarship Programme has seen thousands of scholarship recipients study abroad, including in Australia, with exchanges in course development and teaching placements also taking place between colleges. For instance, the University of Melbourne and Nazarbayev University in Nur-Sultan, Kazakhstan’s capital.

The Kazakh projects I have been involved in have all had a healthy ratio of young locals involved, and I’ve been impressed by their world-class talent, adaptability and hunger for opportunity.

Most of all, having trustworthy local partners is the most important ingredient for companies to succeed in the Kazakh market. I first set foot on Kazakh soil in 2003 after meeting my wife Ainura, and fell in love with the country and its people. Since then, we have shuttled back and forth between Kazakhstan and Australia, first finding opportunities in the media sector, before growing roots in agriculture. When my mother-in-law came to Australia to live with us, we became more involved with the expatriate Kazakh community in Australia and I founded the Kazakhstan Society of Australia. This deep involvement in Kazakh culture and development of relationships certainly has been key to doing well. We are happy to share our experience with other companies looking to enter the market, in the interests of developing the country. Regardless of industry, the same principles apply.

It’s an exciting time to be involved in the development of Kazakhstan at this pivotal point of shaping the new Silk Road bridging Europe and Asia. I look forward to seeing the bright future for the country come to realisation, and hopefully a newly defined mutually beneficial Kazakh-Australian partnership is a big part of that horizon.

The author is Kazakhstan’s Honorary Consul to Australia. 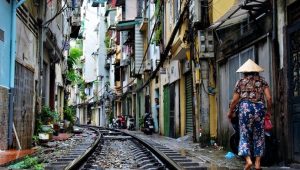