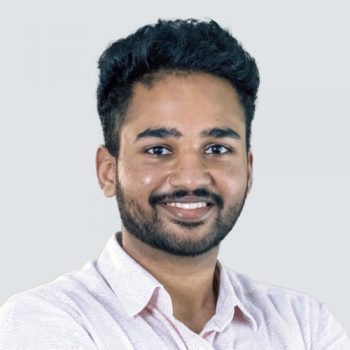 Surendra Shenoy Basti is a Summer Analyst at Quest Ventures, a top venture capital fund in Asia. He works closely with startups to accelerate their growth through a combination of acceleration services and programmes.

Prior to this, Surendra was co-founder and CEO of Nile, a startup empowering base of pyramid Southeast Asians with ecommerce access. He was a digital transformation intern with KPMG where he worked on a national project for integrated loans, grants and tax management. As a phlebotomist with SG Healthcare Corps, he conducted serology testing of COVID-19 for more than 9,000 migrant workers. As platoon leader in the SAF Medical Corps, Surendra led a team of 20 medical personnel to provide preliminary medical support for 14,000 migrant workers. He was also a part of the elite Medical Response Force, reserved for the top 5% of each cohort.

As Project Leader at Conjunct Consulting, he led a team to conduct an impact assessment on a national NPO to measure their social return on investment. He is co-founder and Vice President of the NUS Comedy Club. He was a Bootcamp Project Lead at EDGE, the Youth Wing of the Action Community for Entrepreneurship.

Surendra was a Most Outstanding Delegate award recipient at the Model UN while he was at ACS (Independent). He also received the school’s Distinction Awards.

He attends startup events as a guest speaker and panelist. He is also a frequent host for international technology and startup delegations to Singapore.

Surendra is reading his BBA (Hons) at the National University of Singapore. For leisure, he enjoys boxing, MMA, film-making, and stand-up comedy.

Quest Ventures on the peculiarity of foodtech in Singapore