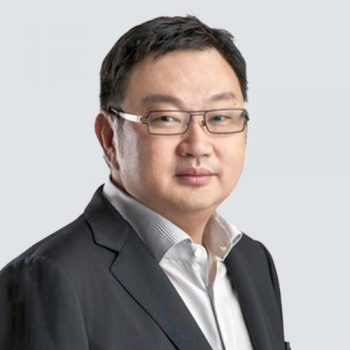 Ricky Ow is a Venture Partner at Quest Ventures, a top venture capital fund in Asia.

Prior to this, Ricky was President Asia Pacific for WarnerMedia Entertainment Networks (formerly Turner International), where he had executive oversight for all the company’s entertainment brands and kids networks operations, digital and media services including advertising sales and the distribution of all networks including CNN.

Most notably, Ricky led the growth of the company in non-traditional TV revenue streams from gaming to licensing and merchandising, as well as themed entertainment; developed its business in China; and significantly increased investment in Asian original and co-productions from animation to film and HBO Asia Original drama series, many of which have won multi-awards both regionally and internationally.

Ricky is an Asian TV and content pioneer – an industry leader and household name who has championed pan-regional Asian original entertainment productions including several top rating multi-million award-winning shows like The Apprentice Asia (with Air Asia’s Tony Fernandes), and The Amazing Race Asia (International Emmy 2009 nominee for “Non-Scripted Entertainment”). Ricky also pioneered K-entertainment with the launch of the Sony ONE channel, the first dedicated international Korean entertainment service in S.E. Asia and then subsequently launched the equally successful Oh!K channel with WarnerMedia.

Ricky has over 20 years of experience in media, advertising and production, with major global media companies in Asia including Sony Pictures Television, CNBC and Dow Jones. He currently serves on the board of the Singapore Infocomm Media Development Authority (IMDA). He has also previously served on the Board of the Asia Video Industry Association (2015 – 2019) and was Chairman of the Asian Academy Creative Awards (2018 – 2020).

Big on innovation and technology, he is an early adopter of the latest gadgets and is a mentor to young entrepreneurs, startups and supports the National University of Singapore mentorship programme. He is a strong believer in giving back to the community and has been recognized for his contributions to his alma mater, the National University of Singapore, as well as other charitable organizations.

An ardent gamer and sports fan, he is a diehard Winning 11 player and a life-long Manchester United Football Club supporter (even when they’re not winning). He is also a passionate foodie who is quite happy having client meetings at hawker centers and really knows his local cuisine in Hong Kong, Singapore and Malaysia, which he enjoys with a good bottle of wine.